What Makes Bitcoin Pump or Dump?

What Makes Bitcoin Pump or Dump? 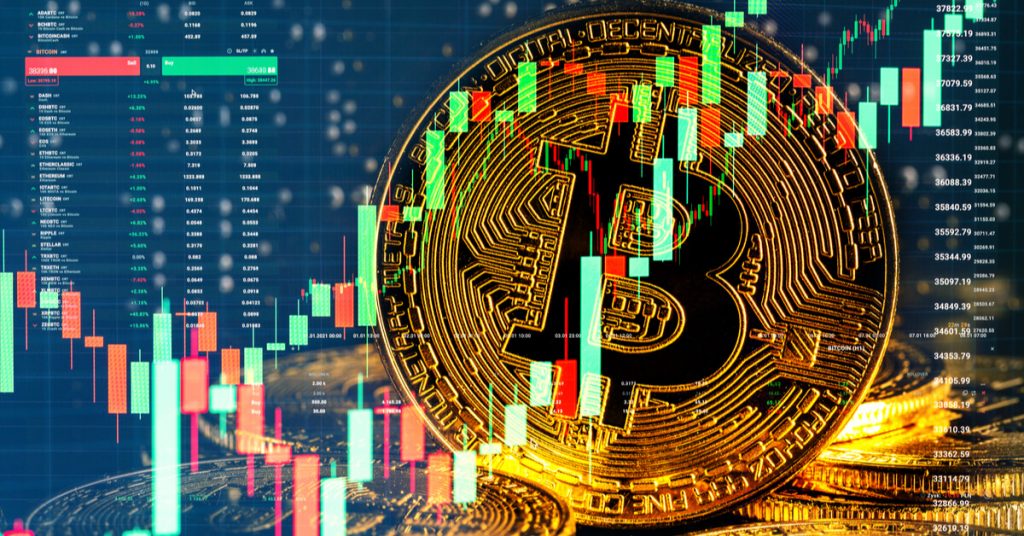 Love it or hate it, price volatility is one of Bitcoin’s most distinctive qualities. Bitcoin’s swings in prices may seem unpredictable, but there are many factors at play that can help us understand why its price changes.

Bitcoin is considered a high-risk asset, in part due to its volatility in price, limited regulation of the cryptocurrency market, and the relative infancy of the market when compared to fiat currency, traditional investments, and other means of exchange, such as gold.

There are several factors that can cause Bitcoin’s price to pump and dump; we’ve split them into short-term and long-term factors to explain what causes these fluctuations.

Bitcoin was first created to rival fiat currency as a digital payment system that eliminated the need for third-party intermediaries, but it has increasingly adopted the role of a store of value. Often dubbed a ‘digital gold’, Bitcoin is widely considered a good investment asset to hold rather than exchange because of its limited supply, much like gold. Only 21 million Bitcoin will ever be created and for that reason, based on current and expected demand for the asset in the future, Bitcoin is considered a valuable asset to store wealth.

Bitcoin’s supply crunch is accelerated by ‘halvings’. Halving is a process whereby the number of Bitcoins that are mined is cut in half on a regular basis. A halving event happens every four years, with the most recent event being on 11th May 2020. The consistent reduction in the creation of Bitcoin further increases demand for the asset and is thus expected to have a continued positive impact on its price.

There are a few other reasons why Bitcoin has gradually increased in price, with the first and most talked about being the decreasing value of fiat currency. It is estimated that fiat currencies lose approximately 3% of their value every year due to inflation. In contrast, Bitcoin is a deflationary asset, thanks to its limited supply, so it’s seen as a great alternative to store wealth. Improvements in Bitcoin’s infrastructure, including the stability and accessibility of cryptocurrency exchanges, has also led to increased adoption of the asset, which increases pressure on the price.

Mainstream acknowledgement of cryptocurrency and greater regulatory clarity is another reason for Bitcoin’s increasing demand. For example, countries such as El Salvador have made the move to accept Bitcoin as legal tender and in the United States, Bitcoin has been proposed as an alternative payment method for City of Miami government employees and other government officials, including the recently elected Mayor of New York.

Finally, increasing education around Bitcoin and cryptocurrency in general has led to mass adoption in recent years. With increased accessibility to information online about the benefits and use cases of digital assets, new investors are entering the market which has led to further increases in Bitcoin’s price.

One of the reasons for the volatility in Bitcoin’s price is the number of new retail investors entering the market. Although increased adoption is beneficial for Bitcoin in the long-term, new investors often buy when they see the price going up and sell when they see the price going down due to their lack of experience in the market, which puts further pressure on its price. That said, as big institutional investors have been joining the market such as Tesla, retail investors can gain more confidence and are less likely to sell when the price drops.

The good news is that, all the aforementioned reasons for Bitcoin’s price rises have also reduced market volatility over time and enabled Bitcoin to establish a fairly predictable four-year cycle, which coincides with its halving schedule and mirrors other financial assets, such as stocks.

When it comes to short-term movements in Bitcoin’s price there are three main factors to consider which we explain below.

One of the biggest reasons for pumps and dumps within the cryptocurrency market is current news, whether it’s positive or negative. This is best evidenced by the events of 11th March 2020 when, at the height of the COVID-19 outbreak panic, Bitcoin shed almost 50% of its value in one day. There was also a Bitcoin dump after Tesla announced its U-turn on accepting BTC payments due to concerns over its energy efficiency. On the other end of the spectrum, Bitcoin pumped to reach a new all-time high in late October following news that the first US Bitcoin Futures ETF had launched.

Significant news affects Bitcoin’s price as it’s viewed as a sign of market sentiment towards the asset and therefore an indication of its future value. Investors, particularly those that are newer to the market, often hear bad news, panic and sell their Bitcoin in an effort to protect themselves from major losses if the price doesn’t recover.

Top Tip: To stay on top of the latest crypto news be sure to follow Xcoins on Twitter and turn notifications on for xcoins.com in your web browser!

If investors see that the amount of Bitcoin being kept on cryptocurrency exchanges is low, this can indicate that other investors aren’t planning to sell and if there is a sell-off, it will be more modest and won’t greatly affect the asset’s price.

This is beneficial for the traders if the price moves in the direction they are betting on, however, if the price of Bitcoin dips unexpectedly, the futures exchanges liquidate these highly-leveraged positions. This in turn further intensifies the price drop.

Bitcoin whales are individuals or entities whose holdings are so large their buying and selling has the power to move markets because of how much Bitcoin they own.

Since all Bitcoin transactions are visible on the distributed ledger, other investors can see when whales move a large amount of their holdings onto an exchange, implying that they’re planning to sell, or move their Bitcoin off the exchange, signalling that they’re HODLing.

There are ways to try to predict when whales are going to sell before they do by using NUPL (Net Unrealised Profit/Loss) indicators or performing your own technical analysis. That said, many whale transactions happen off exchanges, so these transactions may in fact have relatively little impact on the overall Bitcoin price.

Ultimately there are a huge number of short-term and long-term factors that constantly act in concert to affect Bitcoin’s price and can lead to pumping or dumping. It is often impossible to determine exactly what factor is the leading cause for a change in the bitcoin price.

Ultimately, Bitcoin is a high-risk asset and if you do choose to invest in Bitcoin, it’s worth considering these factors when there are price fluctuations in the future before making a decision on what to do with your investment. Here at Xcoins, we like to think long-term. While everyone likes to “buy the dip”, it’s rarely a good idea to sell your position based on short-term price movements. As always, however, this blog post is not financial advice and you must do your own research before making any investment decisions.