XRP Vs BTC: Which One Should You Invest In?

XRP Vs BTC: Which One Should You Invest In? 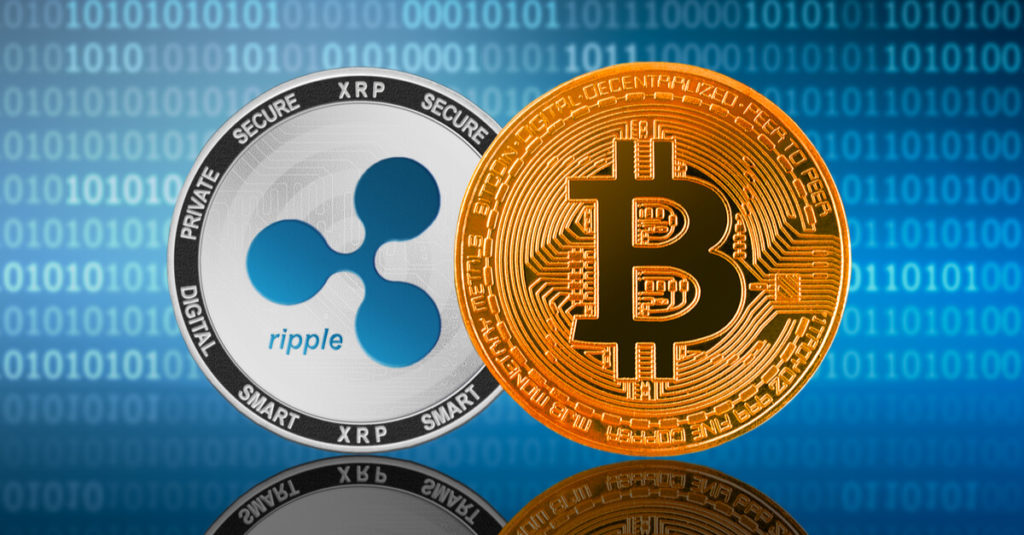 Bitcoin is currently the highest valued cryptocurrency in the world, but it is wise not to put all your eggs in one basket. With Ripple continuing to place within the top 5 cryptocurrencies by market cap in spite of recent controversies, we compare Ripple (XRP) vs Bitcoin (BTC) and analyse whether you should invest in this altcoin in 2022.

Ripple is a blockchain-based payment platform initially released in 2012, built on an open source protocol, which is designed to enable rapid transactions with lower fees. But are Ripple’s transactions quick enough and cheap enough to give Bitcoin a run for its money and should the recent Ripple controversies give Ripple holders pause for thought?

What is Ripple (XRP)?

Ripple is the blockchain payment platform for a currency called XRP (also known as Ripple). Ripple has three key functions: currency exchange, quick overseas transfers, and the facilitating of a unique payment ecosystem. This system allows traditional banks to interface with its blockchain, bridging the gap between traditional banking and blockchain.

Ripple enables its users to avoid a conundrum: the fact that most currencies cannot be sent quickly and cheaply globally and requires a mere $0.00001 per transaction, the purpose of the fee is to fend off DDoS attack. Otherwise, it would be entirely free.

XRP transcends borders by executing international payments in the span of 4 seconds. In comparison, Bitcoin can often take an hour or longer and traditional banking systems can take days to clear. 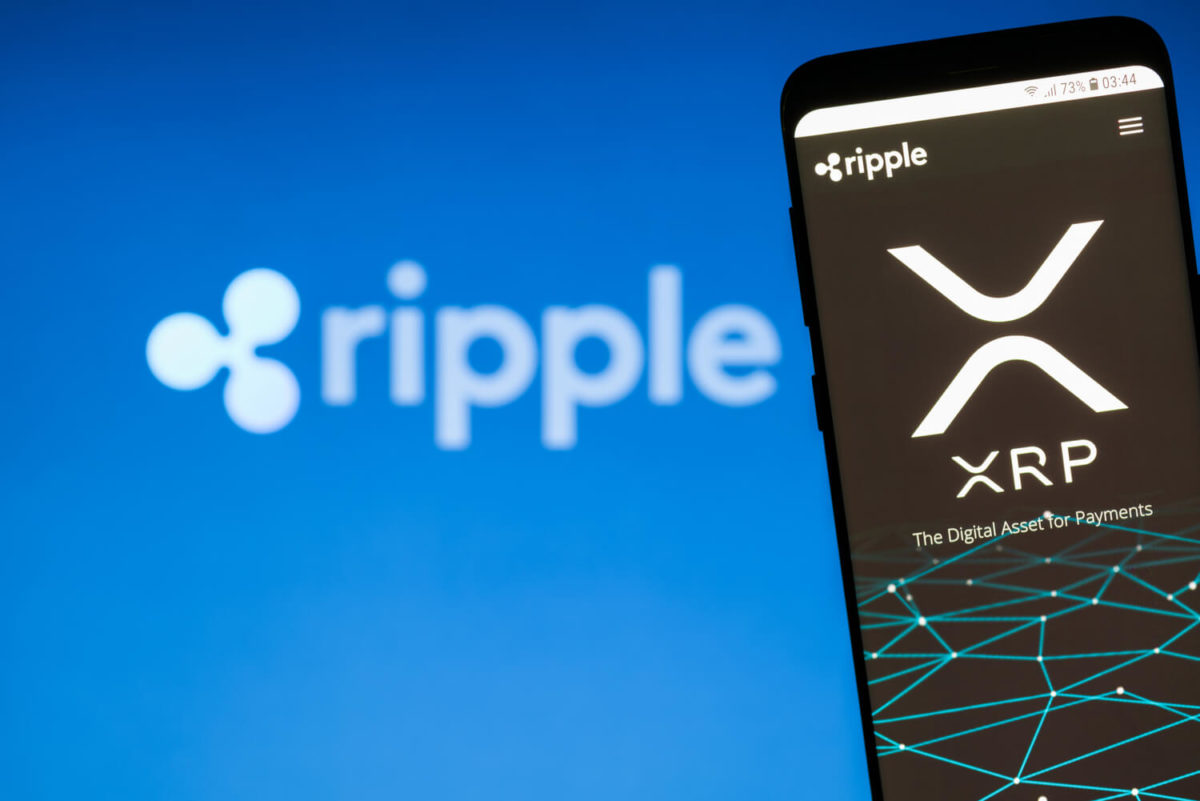 In order to make a well-informed decision, it is important to take a closer look at Ripple’s features and compare them with Bitcoin. Let’s take a look at them below:

Ripple does not rely on the same type of blockchain technology as Bitcoin. The pros and cons of proof of work vs proof of stake consensus mechanisms are a major point of argument when comparing these two cryptocurrencies. Bitcoin operates using a blockchain system known as proof of work in which miners help secure the network by making it too technically resource-intensive to effectively attack. Bitcoin miners verify transactions and then add them to the ledger. To compensate them for their work, miners are rewarded with BTC.

In contrast, Ripple relies on a consensus mechanism called Consensus Network to validate all XRP transactions, needing no miners for approval. Consequently, the system works far more quickly than Bitcoin. As at 2022, Bitcoin takes around 10 minutes to process transactions while Ripple takes just a few seconds. Quite a difference, don’t you think?

Ripple was created with the intention to integrate itself as part of the world’s preexisting financial infrastructure, to advance the field of borderless, online payments. In contrast, Bitcoin’s innate independence from banks’ existing systems means that it has a much longer way to go in terms of becoming embedded in traditional banking systems. Ripple on the other hand acts as a gateway for traditional banks to blockchain payments.

Due to Ripple’s association with big banks such as Santander and UBS, the altcoin is not subject to the same level of scrutiny that many other cryptocurrencies undergo

Ripple payment transfers have very low commission rates. Its ability to be exchanged to any currency or commodity enables it to fulfill a vital role in international payments. In comparison, Bitcoin has a more complicated mining process and so transaction costs are higher.

To mine one Bitcoin transaction, 2,264.93 kWh is consumed. In stark contrast, Ripple consumes just 0.0079KWh per transaction. Again, this is due to Bitcoin’s more complex proof of work system. If you are looking for a greener and more energy-efficient cryptocurrency, then Ripple is for you.

Critics argue that XRP is not truly decentralised the way Bitcoin is. Why? Well, it still relies on a somewhat centralised system to approve transactions, rather than a multitude of individuals.

Bitcoin requires miners to perform computations to release more BTC into circulation. On the other hand, XRP tokens have already been pre-mined and their release is dictated by a smart contract. This is all part of the Ripple protocol consensus algorithm (RPCA).

As at early 2022, there are approximately over 45,000 billion tokens in circulation. The problem is that the remaining 55 billion tokens are owned and so controlled by the founders of Ripple, Ripple Labs. Whilst Bitcoin is truly decentralised with users mining coins at a rate predetermined by a mathematical algorithm, critics argue that Ripple Labs can technically control all facets of the coin, including its price, rendering the argument of a decentralised XRP redundant.

Ripple’s developers are the only ones who can determine the time and quantity of new tokens released.

Some critics think that Ripple is not as secure as Bitcoin and claim that adept hackers or mismanagement by its engineers could cause problems down the line. It’s virtually impossible that this would happen with Bitcoin due to its numerous miners who prevent any corruption of the public ledger.

Ripple has been the source of controversy in news headlines, as a result of its legal battle with the SEC. In December 2020, the SEC filed a lawsuit against Ripple, one of its founders Chris Larsen and CEO Bran Garlingston for violating laws relating to mass transactions into foreign exchanges. The SEC letter stated that Ripple had “not turned over a single document concerning a non-US domiciled digital asset account or otherwise explained the significance of these XRP transfers”. Larsen and Garlinghouse have also been accused of manipulating XRP’s price.

However, SEC inquiries have reportedly been largely fruitless so far. Many believe the case does not have enough merit to thwart XRP.  In fact, its price has actually risen since the legal proceedings. Something that some view as an indication that the outcome is set to be positive for Ripple, and many are betting on the likelihood of XRP’s price taking a further leap if the outcome of the case is in Ripple’s favour. Make sure you watch this space! In November 2021, Garlinghouse said that Ripple had made “good progress” and most likely the case will be concluded by the end of 2022.

Should you invest in Ripple vs Bitcoin in 2022?

Evaluating Ripple’s advantage versus Bitcoin, one can see clear competitive advantages that Bitcoin has so far failed to tackle and improve on. Ripple’s, fast and cheap transactions ensure better usability within the cryptocurrency sphere and bode well for future mass adoption. Its ease of use within preexisting financial infrastructures indicate that Ripple investors may benefit more in the future as banks embrace it as a transaction platform. As this happens, the value of XRP is likely to increase.

All these point towards a promising future as Ripple is set to continue growing. An investment in XRP might be worth considering, even a small one as investors might make a good return in the future. In 2021, XRP gave investors more than 110% return on investment. During the same time period, Bitcoin closed out the year only slightly higher than it started.

How can you buy and sell Ripple XRP?

You can buy Ripple instantly at xcoins.com using a debit or credit card. The below steps take just a few minutes.

Step One: Sign up for your xcoins.com account if you haven’t already and complete the verification process.

Step Two: Click on the ‘Buy’ tab and select how much Ripple, or other cryptocurrency, you want to buy.

Step Three: Choose your payment method (credit/debit Visa or Mastercard, or via your bank). Once your payment has been confirmed, you’ll receive your Ripple coins in your wallet within 15 minutes.

Ripple is the blockchain payment platform for a currency called XRP (also known as Ripple). Ripple has three key functions: currency exchange, quick overseas transfers, and the facilitating of a unique payment ecosystem.


Faster and cheaper transactions, more energy-efficient and better integration with existing financial infrastructure are all benefits of Ripple when compared with Bitcoin.

Some critics claim that Ripple is less decentralised than BTC as well as less secure. Ripple’s lawsuit against SEC is also considered as a source of controversy that Bitcoin does not have.

Evidence shows that XRP is set to continue growing and that an investment in XRP is worth considering as investors might make a good return in the future.