As global equity markets faltered, cryptocurrencies battled to shrug off the downturn. However, in the midst of a declining market, XRP bucked the trend after the release of vital memos crucial to the Ripple vs SEC lawsuit. Interpreted to be positive by many in the industry, XRP stabilized while other cryptocurrencies struggled. Dogecoin fans were also encouraged by the prospect of further use cases within the Tesla ecosystem and one of the largest banks in the U.S. established a virtual branch within the metaverse.

In the ongoing legal battle between Ripple and the U.S. Security and Exchange Commission (SEC), key memos were released to the public on Thursday. In what could be a crucial stage of the case, the unsealed memos show the exact legal advice Ripple received regarding XRP in 2012.

Ripple, the founders of the XRP Ledger and native XRP cryptocurrency, is currently being sued by the SEC for marketing XRP as a currency rather than a security. As a result, the adoption of XRP and the XRP Ledger has slowed since the case was first presented in December 2020.

According to first reports, the legal advice sought at the time dictates that XRP would likely not be considered a security by official regulators. The majority of experts also highlight that the memos show the company’s willingness to seek legal counsel on the matter as far back as 2012. As a result of this interpretation, the unsealed memos have been regarded primarily as a win for the Ripple team.

Ripple’s legal counsel, Stuart Alderoty was quick to comment on the release stating “We are pleased with the Court’s order to release these documents to the public. The documents show a ‘compelling’ legal analysis that Ripple received in 2012 that XRP is not a security.” Alderoty then continued “the fact that Ripple sought such advice in 2012 should be applauded. That fact that it took the SEC eight years to suggest they disagreed with that analysis — while XRP traded in a massive global market — is baffling.”

Although seen as a positive for Ripple, some were quick to point out that the unsealed memos did not provide a concrete guarantee that XRP would not be treated as a security by the SEC. At the time, risks were outlined that the SEC may disagree with the internal analysis. Guidelines were also offered as to how XRP should be marketed.

The outcome of the unsealed memos must now be judged by those involved in the case. 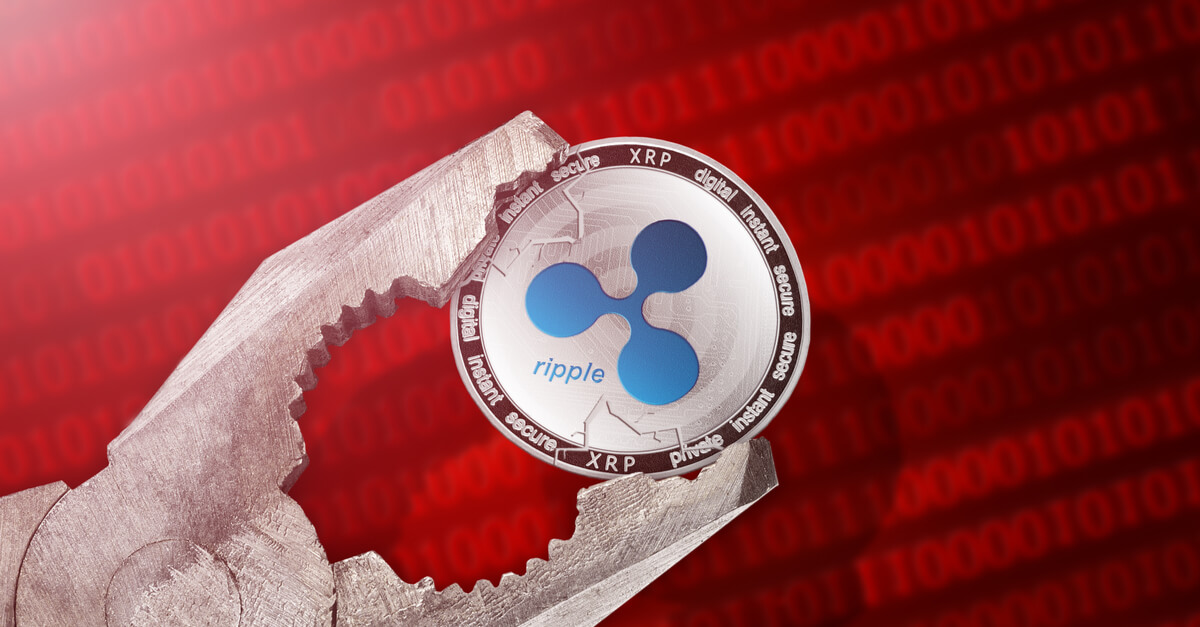 JPMorgan becomes the first bank to enter the metaverse

In an unexpected move, one of the world’s leading investment banks, JPMorgan, has opened a virtual lounge inside Decentraland – a blockchain-based digital world. JPMorgan is currently the largest bank within the U.S and historically was opposed to cryptocurrencies. However, in a swift change of stance, JPMorgan is now embracing more and more blockchain-based technology, including the metaverse.

JPMorgan’s new virtual lounge is situated within the Metajaku Mall and is named after JPMorgan’s in-house blockchain payments system, Onyx. Outside the Onyx Lounge players are greeted by a virtual roaming tiger and a digital portrait of the CEO Jamie Dimon. Upstairs players can watch a video on the economics of cryptocurrencies.

The Onyx Lounge was launched in conjunction with a report from JPMorgan detailing the opportunities that may lie ahead in the metaverse. The report reads, ”The Metaverse will likely infiltrate every sector in some way in the coming years, with the market opportunity estimated at over $1 trillion in yearly revenues.” The report also identified that the price of virtual land doubled in value between June 2021 and December 2021, with growth expected to continue heading into the future. The report estimates that advertising spending in the metaverse could reach $18.4 billion per year by 2027. Dogecoin use to expand beyond Tesla’s merchandise store

After introducing Dogecoin payments to Tesla’s online merchandise store in January, the CEO of Tesla, Elon Musk, revealed on Saturday that the coin may be used for more within Tesla’s ecosystem. A string of comments left on Twitter had many DOGE fans wondering if the meme cryptocurrency will be used for supercharging stations and/or the company’s upcoming futuristic diner that is scheduled for the Hollywood area.

The excitement stems from a tweet posted by an employee that had just visited the new Santa Monica supercharging station. The tweet reads “ten minutes after the new Santa Monica Superchargers opened and they’re almost full.” In response to the tweet, Elon Musk replied that the company also had a “futuristic diner / drive-in theatre planned for the Hollywood Area”, and continued “and, of course, you can pay in Doge.” Elon Musk suggests that Dogecoin may be used in the future at either supercharging stations or Tesla’s upcoming futuristic diner.

Musk’s response to the tweet has left many Dogecoin fans wondering if the comment regarding Dogecoin payments was focused on the supercharging stations or the futuristic diner – or both. Regardless of the outcome, most in the community were encouraged by another upcoming use case for the cryptocurrency.

The U.S Congressman, Warren Davidson, announced on Thursday the introduction of a new U.S. bill known as the ‘Keep Your Coins Act’. According to reports, the new legislation has been created to preserve the privacy and control of those using cryptocurrencies for transactions within the U.S.

The new bill will prevent the restriction of digital assets and cryptocurrencies by federal organizations. More specifically, an agency will not be able to restrict “the ability of a covered user to— (1) use virtual currency or its equivalent for such user’s own purposes, such as to purchase real or virtual goods and services for the user’s own use; or (2) conduct transactions through a self-hosted wallet.”

According to Davidson, the launch of the bill was required after Canadian Prime Minister, Justin Trudeau, invoked an ‘Emergencies Act’ to freeze or suspend accounts of those currently participating in the Freedom Convoy. Davidson quickly responded to the Emergencies Act by outlining plans for the ‘Keep Your Coins Act’ on Twitter. Commenting on the post, the U.S. Congressman wrote, “Our office will be introducing legislation in the U.S. House of Representatives shortly to protect Americans from this version of overt theft.”

Davidson has been a supporter of cryptocurrencies, historically stating that too much KYC information is required by the government. However, the Congressman is also of the view that a regulatory regime is required for the continued adoption of digital assets.

15-February-2022
A Beginner’s Guide: Cryptocurrencies to Invest In
11-February-2022
Your Guide to Investing in Crypto for Long-Term Gain
05-July-2021
As Ethereum Leads the Crypto Markets, Dogecoin Receives a New Fee Proposal
14-June-2021
The First Country Approves Bitcoin as Legal Tender as Bitcoin Locks in November Upgrade
24-July-2020
American Banks Can Now Hold Crypto, But Should You Trust Them With Your Keys?