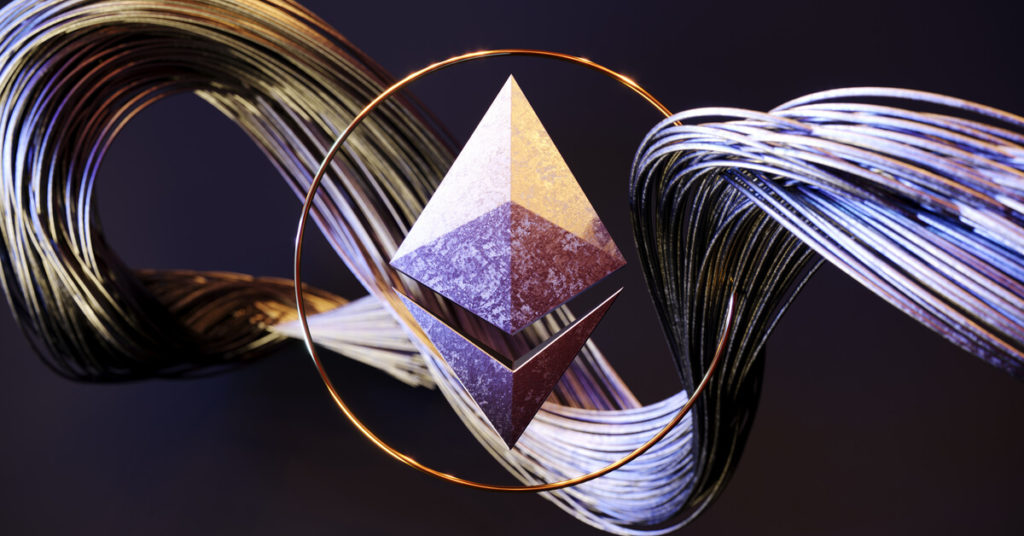 While the fear, doubt, and uncertainty regarding Fed tapering and Omicron subsided, innovation within the cryptocurrency industry continued last week. The date of Ethereum 2.0 was confirmed for June 2022 thanks to the successful integration of Ethereum’s latest upgrade, Arrow Glacier. Many investors, including Ark Invest’s Cathie Woods, now believe Ethereum holds more future potential than Bitcoin. Elsewhere, Meta, formally Facebook, continued to integrate with the cryptocurrency industry, and one of the largest crowdfunding platforms set out plans to move to a blockchain-based model.

As Ethereum prices stabilized, the second-largest cryptocurrency project introduced an important upgrade on Thursday last week. The upgrade known as Arrow Glacier, pushed back the event known as the ‘Difficulty Bomb’, which suspends all Ethereum mining on the network. It will define the moment that Ethereum 2.0 begins.

Currently, Ethereum implements a Proof-of-Work (PoW) consensus mechanism, which involves miners competing to solve math formulae. However, for several years Ethereum developers have been working to transition the blockchain across to a Proof-of-Stake (PoS) system, which is much more scalable and energy-efficient. After several years of waiting, that vision, known as Ethereum 2.0 is now getting close.

The final step in the transition between PoW and PoS involves an upgrade known as the ‘Difficulty Bomb’. The Difficulty Bomb will increase the difficulty of the math formulae to make it near impossible for miners to continue. When the upgrade goes live it should effectively freeze all mining operations and force a transition to staking – the method used to secure a PoS blockchain.

The upgrade last week, Arrow Glacier, pushed the Difficulty Bomb back to June 2022. This will give Ethereum miners an extra six months to make the transition. After that time, mining will become obsolete in the Ethereum network.

When implemented in June, Ethereum 2.0 will become infinitely more scalable than the current network and should reduce energy output by 99%. More importantly, Ethereum 2.0 will be able to compete with the speeds currently offered by younger Layer 1 blockchains, such as Cardano, Solana, and Polkadot.

At the beginning of last week, Co-Founder of Ethereum, Vitalik Buterin, published a blog post called the ‘Endgame’. The post outlined his vision for a ‘plausible roadmap’ heading into the future, which included improved scalability, the Proof-of-Stake transition, and censorship resistance.

The endgame vision would be facilitated by elements such as a second tier of staking that would require a low amount of resources and the integration of ZK-Snarks. The result would be a blockchain where block production is centralized, but the validation of transactions remains trustless and decentralized.

Later in the week, Cathie Wood, CEO of the investment company, Ark Invest, doubled down on her predictions for Bitcoin and Ethereum. Starting with Bitcoin, Wood envisions that the cryptocurrency could rise 10x from its current level. In an interview with CNBC, she said “The move actually by institutions into Bitcoin, if they were to choose Bitcoin and that seems to be their first stop, could add $500,000 to Bitcoin’s price if they move into roughly 5% over time.”

Moving on to Ethereum, the Ark CEO believes that the second largest cryptocurrency could be even more undervalued than Bitcoin. Although not giving a price prediction – which is currently being calculated internally at Ark Invest – Woods told Fortune on Thursday “the fact that it is the venue, or the protocol, for DeFi and for NFTs suggests to us that it is even more undervalued than Bitcoin is, just because there are new worlds growing up on top of it.”

Although some uncertainty remained within the cryptocurrency markets last week, Ethereum prices held steady, ranging between $4000 and $4200.

Meta, formally Facebook, continued its foray into the cryptocurrency world last week as it was announced the chat application WhatsApp would be trialing a new cryptocurrency payment feature. A limited number of U.S. residents will be able to send and receive cryptocurrencies directly within the application.

The new feature will be facilitated by Meta’s recently developed Novi digital wallet, which was launched six weeks ago. Alongside Novi, the stablecoin, USDP (Paxos Dollars) will be used for all transactions.

The announcement was made on Thursday by the Head of Novi, Stephane Kasriel. According to Kasriel, “We often hear that people use WhatsApp to coordinate sending money to loved ones, and Novi enables people to do that securely, instantly, and with no fees. Payments will appear directly in people’s chat.” In addition, he added that the functionality of cryptocurrency payments would not change the privacy of WhatsApp in any way. All personal calls and messages will always remain end-to-end encrypted.

Kickstarter will move to blockchain

One of the most prominent crowdfunding companies in the world, Kickstarter, announced plans during the week that its platform would be migrating to a blockchain-based system. To achieve this, Kickstarter plans to establish a separate company, that will work on the plans ahead of the major overhaul.

Kickstarter, which allows anyone to support and invest in new innovative projects, announced the news via a blog post, published by CEO Aziz Hasan and Co-Founder Perry Chen. According to the blog post, the company has chosen the Celo blockchain on which to base the new platform. It also outlined that the new application will be completely open-source, meaning that developers will be able to use the underlying code for similar platforms.

Hasan and Chen commented on the update during the week. “We are entering a significant moment for alternative governance models, and we think there’s an important opportunity to advance these efforts using the blockchain.” The two also highlighted that the move across to the blockchain will help the company minimize environmental impacts and become carbon negative.

A whitepaper for the project is set to be released in the coming weeks.

The Consumer Price Index (CPI), which tracks the average price of goods and services, is closely followed by many in the cryptocurrency industry. Many experts see Bitcoin as a good hedge against rising inflation. On Friday, the latest figures for November were published.

CPI figures revealed that during the 12 month period leading up to November, the average cost of goods and services had risen by 6.8% – the largest increase witnessed since May 1982. Even when excluding food and energy prices, which are often the most volatile, CPI figures were still measuring 4.9%. Industry leaders believe that although supply chain issues caused by the pandemic had affected prices, inflation figures were still extremely high.

Bitcoin prices increased slightly after the CPI data was released, but the coin returned to the $48,000 level shortly after. While Bitcoin may be seen as a hedge against inflation over the longer term, in the short term, rising inflation is seen as a strong precursor to the U.S. Federal Reserve tapering quantitative easing measures. It is believed the Fed will begin tapering in December, with a target to cease bond purchases by June 2022.