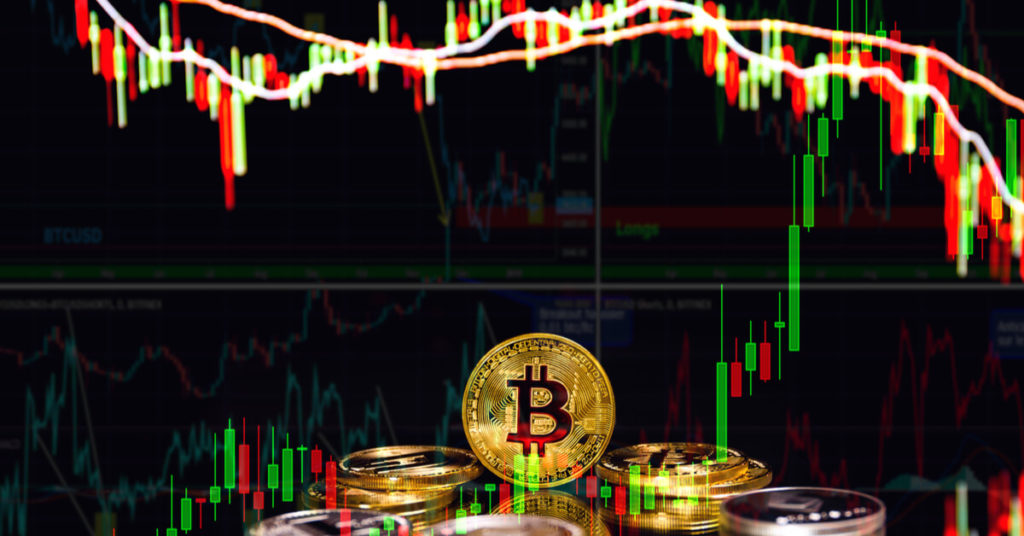 Crypto prices slipped to three-month lows last week as fear regarding interest rates fueled uncertainty. While Kazahstan’s internet blackout and the Federal Reserve’s minutes report shook the markets, the new Mayor of New York City was undeterred and sees the current price volatility as a buying opportunity. Elsewhere, PayPal has begun exploring the opportunity for a native stablecoin and AMC Theatres are on track to accept Dogecoin.

After the shutdown of bitcoin mining in China in 2021, a large percentage of miners moved to Kazakhstan due to geographical proximity. The country has long supported cryptocurrency innovation and offered low electricity fees for miners. As a result, Kazakhstan rapidly became one of the largest bitcoin mining hubs in the world – only second to the U.S. According to data collected by the Cambridge Bitcoin Electricity Consumption Index, in August 2021 Kazakhstan accounted for 18% of the global hashrate.

According to the internet monitoring company Netblocks, the Kazakhstan authorities implemented an internet blackout on Wednesday as a result of the fallout. This was reportedly implemented to curb the organization of the mass protests, many of which turned violent during the week. However, the internet blackout had another unforseen effect – a reduction in Bitcoin’s global hashrate.

After starting the year at an all-time high hashrate of 228 ExaHashes per second (EH/s), the bitcoin mining rate has quickly fallen to 165 EH/s.

The fall in mining power, coupled with political unrest, was enough to send the cryptocurrency markets spiraling, with bitcoins’ price experiencing a fall to $41,000. The majority of altcoins also suffered.

However, the onset of fear pushed the bitcoin-based sentiment indicator – the bitcoin fear and greed index – into ‘Extreme Fear’ on Saturday – highlighted by a score of 10. The indicator has only been lower than 10 on a couple of occasions since 2018, leading many experts to conclude that the worst of the dip could now be over.

Alongside the unrest occurring in Kazakhstan, on Thursday, the monthly Fed minutes report was published which outlined the Federal Reserve’s December policy meeting. The detailed notes confirmed that the central bank believes the economy is now strong enough to remove the majority of quantitative easing (QE) measures.

Although the same sentiment was shared in December, the report seemed to shock stock, crypto, and metal markets, with the majority seeing a drop in price throughout Wednesday and Thursday. After climbing to new all-time highs, the S&P 500 was down 3.3% for the week.

A reduction in QE is the first step the Fed will take to curb rising inflation. In parallel with a withdrawal of QE, the Fed has also speculated that they will implement several interest rate hikes throughout 2022. These were not documented within the report, which has left many questioning when these interest rate hikes will be implemented. The next Fed policy meeting is currently scheduled for 25-26 January.

Eric Adams, who is set to become the first Mayor of New York to have his salary paid in bitcoin, confirmed that he is not worried by the current crypto market volatility and that he is looking forward to his first paycheck.

As part of his new position, Adams had stated that he would be accepting his first 3 paychecks in the leading cryptocurrency. Adams wants to market and build New York City into a leader of blockchain technology.

The new Mayor started his position on January 1 and was asked by CNBC news last week whether he was worried about receiving his first BTC paycheck. After laughing Adam’s replied, “sometimes the best time to buy is when things go down, so when they go back up, you’ve made a good profit.”

Reiterating further Adams added “I think we need to use the technology of blockchain, Bitcoin, [and] all other forms of technology. I want New York City to be the center of that technology so I’m looking forward to that first paycheck in bitcoin.”

Following in Adam’s footsteps, Mayors from Miami, Jackson, and Tampa have all disclosed interest in getting their salaries paid in bitcoin.

PayPal confirms that it is exploring the creation of a stablecoin

The global payments giant, PayPal, one of the first global institutions to adopt cryptocurrencies, confirmed plans that it is exploring the possibility of a PayPal stablecoin.

The development was first spotted by Steve Moser, who discovered hidden source code within one of PayPal’s iPhone applications. The evidence suggested that the company was working on something called ‘PayPal coin’ and that it would be backed by the US dollar. After news of the story broke a spokesperson from the company was quick to brush the code off as part of a recent internal hackathon.

However, later in the week, PayPal’s SVP of crypto and digital currencies, Jose Fernandez da Ponte, confirmed the news during an interview with Bloomberg. “We are exploring a stablecoin; if and when we seek to move forward, we will, of course, work closely with relevant regulators.”

During interviews conducted with da Ponte last year, the SVP made it clear that PayPal thinks we have “not yet seen a stablecoin out there that is purpose-built for payments.”

While plans are clearly underway for a stablecoin, the company added that the name, logo, and features of the cryptocurrency are still all subject to change.

In 2021, the CEO of AMC Theatres, Adam Aaron, confirmed that the company would begin to accept cryptocurrencies for cinema tickets. Facilitated by BitPay, a global crypto payment operator, AMC fulfilled this promise in November 2021 when it began accepting Bitcoin, Bitcoin Cash, Ethereum, and Litecoin.

At the time of the announcement, BitPay did not support either cryptocurrency. According to reports. although BitPay was looking to support Dogecoin, it was due to a direct request from Aaron that the company is now also working towards supporting Shiba Inu.

Last week Aaron updated fans via Twitter on the progress that the company was making towards the meme-cryptocurrency integration. “I have been repeatedly asked when AMC expects to routinely accept Dogecoin and Shiba Inu for any and all payments made via the AMC website and mobile app. I am being told that we are still well on track for the promised Q1 implementation, with exact timing most likely in March.”