How Does Bitcoin Mining Work?

How Does Bitcoin Mining Work? 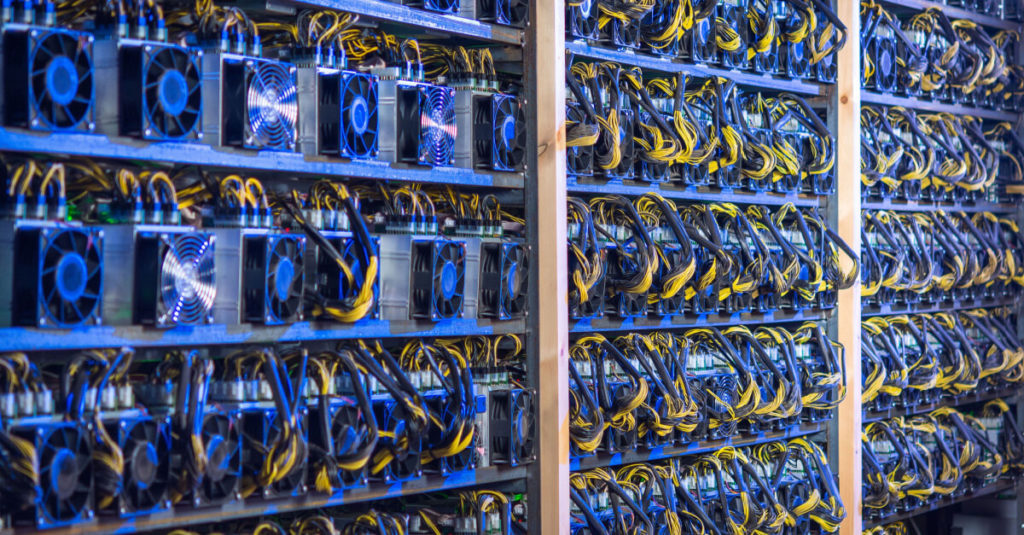 Where does Bitcoin come from? Who creates it? We’ll explain the process of Bitcoin mining, as well as its pros and cons.

You may have wondered how Bitcoin’s supply is created – is it printed somewhere in the same way as fiat money, or can you find it online, like treasure?

Bitcoin mining sounds like an extremely manual process but is actually done entirely electronically, using tons of computational power. In this article, we break down what Bitcoin mining is, how it works and the pros and cons of the process.

What is Bitcoin mining?

Mining is the process used to verify Bitcoin transactions and create new coins. Unlike gold, which is mined manually from the earth, Bitcoin is mined on specialist computers.

This process involves an extensive and decentralized global network of miners using these computers to secure Bitcoin’s network by validating transactions. As compensation for their work, the blockchain issues Bitcoin as a reward.

This system is called proof-of-work (PoW), and serves as a self-fulfilling cycle: miners maintain the network and receive rewards, which incentivises them to continue maintaining the network, and the cycle continues.

Bitcoin is one of many cryptocurrencies that uses the PoW mechanism; the most popular alternative method of creating new coins is proof-of-stake (PoS).

How does Bitcoin mining work?

To validate transactions, and add new blocks to the blockchain, miners compete to generate a winning “hash” that matches the current “target hash” that’s set out by the network.

What is a hash?

A hash is a cryptographic function that turns random data into a unique fixed-length code. Each target hash is generated at random, and contains both numbers (0-9) and letters (A-F). They’re also 64 characters long, no matter the input size.

Bitcoin’s blockchain uses the Secure Hash Algorithm 256 (SHA 256) to generate its 64-digit hexadecimal, or 256-bit, hash outputs. Part of the reason why hashes are so secure is that they’re irreversible, so it’s impossible to find out the original input.

A mining farm is a location where several Bitcoin miners are placed together.

How to mine bitcoin – The process of discovering new blocks

To help them guess the target hash, miners will look at the previous block’s data, also referred to as the “block header”. The block header includes information such as its timestamp, hash and an empty space called a “cryptographic nonce”. The nonce has two key characteristics; firstly, it’s a number that’s only used once, hence the name “nonce”, and secondly, it’s the only part of the block header that miners can change. As mentioned, any changes to inputs will produce an entirely new and unique hash. Miners will use this information to start the trial and error process of guessing the target hash.

As you can imagine, this process is both complex and time-consuming, so miners typically use application-specific integrated circuit (or ASIC) systems, which are computer chips that are specifically designed for mining – they’re able to generate trillions of hashes every second.

The Bitcoin protocol is programmed to automatically increase and decrease the difficulty of the mining process every two weeks, depending on the pace that blocks are found. On average, a new block is discovered every 10 minutes, so if it’s taking miners more than 10 minutes to get the target hash, the complexity of the process will be decreased, and vice versa.

The pros and cons of Bitcoin mining

Bitcoin’s mining process has garnered a lot of interest over the last few years, particularly from an environmental perspective. Here are a few of its pros and cons.

Undoubtedly, the biggest advantage of mining bitcoin is that miners have the chance to earn Bitcoin as a reward for performing proof-of-work. Following the most recent Bitcoin halving event in 2020, the block reward was set at 6.25 bitcoins (worth $117,200 as of 7 Sept 2022).

Unlike other digital systems, or even cash, transactions on the blockchain are unchangeable, and immediately recorded on the public ledger. This means that miners’ earnings are confirmed once they get the winning hash.

The biggest problem with mining is how much energy it requires. According to the Cambridge Bitcoin Electricity Consumption Index (CBECI), Bitcoin consumes 151.01 TeraWatt hours (TWh) of electricity annually, which is more than the whole of Sweden in the same period.

The reason for this is that as the price and popularity of Bitcoin has increased, more miners have joined the race to win Bitcoin. With more miners, the competition gets stiffer, and more energy is consumed in an attempt to solve hashes.

The chart shows the sharp increase in Bitcoin’s electricity consumption since it was created in 2009 (Source: CBECI).

With more miners joining the network, existing miners have to purchase increasingly expensive equipment to compete. ASIC systems can cost up to $12,000, and with the addition of high energy costs, it’s now quite expensive for miners to participate.

A decade ago, a traditional home computer would suffice as mining equipment. However, the scale of Bitcoin’s use has grown significantly, and now requires a lot of energy to maintain it. To put this in perspective, as of October 2019, it required 12 trillion times more computational power to mine one Bitcoin, compared to January 2009, when the first blocks were discovered.

As a result, most mining activity is now concentrated within mining pools that let miners share resources and solve hashes together.

So is it profitable to mine bitcoin? At this stage, unless you have a lot of free or cheap, green energy available on your doorstep, your best bet is to buy and hold Bitcoin rather than mine it.

If you’re thinking of purchasing Bitcoin, you can do so with Xcoins – we offer 0% processing fees on your first purchase. Visit our website to find out more.