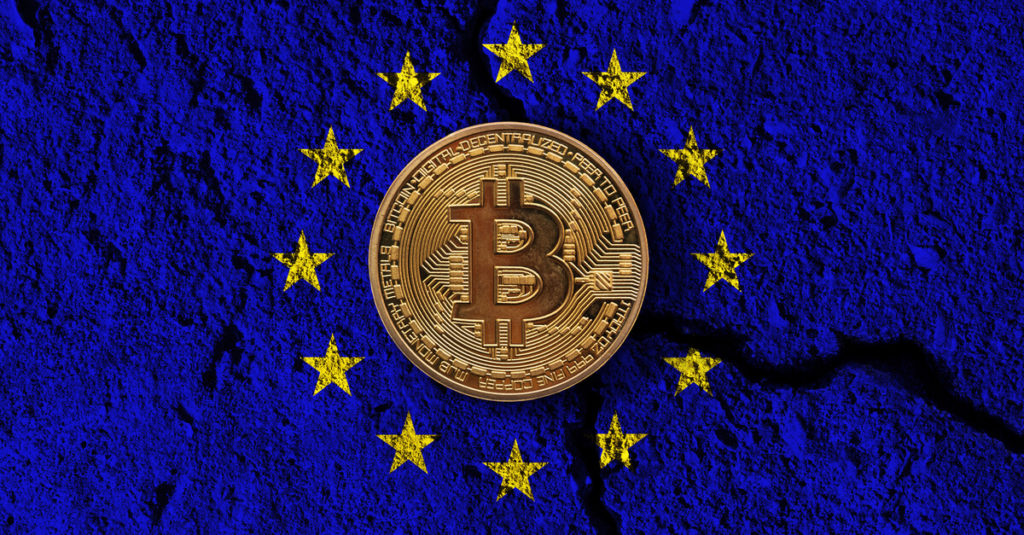 In what could have been a disastrous week for businesses and individuals situated within the EU, the European Parliament finally voted in a cryptocurrency regulatory framework that no longer threatens Proof-of-Work cryptocurrencies, such as Bitcoin.

As crypto enthusiasts rejoiced, Bitcoin and the cryptocurrency markets enjoyed a bullish week, even as the Federal Reserve confirmed an interest rate hike which, according to Fed Chair Powell is likely to be the first of many.

Elsewhere in the industry, Mark Zuckerberg confirmed plans to bring NFTs to Instagram and HSBC entered the Sandbox metaverse thanks to a collaboration with Animoca Brands.

In a positive move for European Union cryptocurrency adoption, the economic and monetary committee for the European Parliament voted against a ban on Proof-of-Work (PoW) cryptocurrencies on Monday.

The proposed ban had been included in the most recent Markets in Crypto Assets (MiCA) framework, which is due to offer legal guidance on the use of cryptocurrencies for countries situated within the region.

Although wording that referenced a ban on all PoW cryptocurrencies, such as Bitcoin, had previously been removed from the MiCA framework, another adjustment was proposed on Friday, March 11 – just 3 days before the final vote was set to take place. The adjustment referenced “sustainability standards” that aimed to restrict the use of cryptocurrencies classified as unsustainable.

Thankfully for cryptocurrency adopters within the EU, the new MiCA amendments were not voted into the final framework. As confirmed by the European Parliament’s press room, 23 committee members voted in favor, while 30 voted against. The final MiCA draft was then approved with 31 MEPs voting in favor of the new regulatory policy.

In addition to releasing the results, Stefan Berger, the lead MEP offered a quote stating, “By adopting the MiCA report, the European Parliament has paved the way for an innovation-friendly crypto-regulation that can set standards worldwide.

The regulation being created is pioneering in terms of innovation, consumer protection, legal certainty, and the establishment of reliable supervisory structures in the field of crypto-assets. Many countries around the world will now take a close look at MiCA.”

Ethereum stored on exchanges falls to lowest levels since 2018

According to data released by Glassnode, the amount of ETH now being stored on exchanges is the lowest that it has been since December 2018.

With the reduced liquid supply, many experts believe that the decline indicates that the majority of cryptocurrency investors are now intending to hold ETH and wait for prices to climb in the future.

Over half a million ETH coins have left exchanges since the start of 2022. This has reduced the net reserve of ETH on exchanges to just under 22 million. The rate at which ETH has been removed has also been exceptionally prominent during the last week, with over 180,000 coins being withdrawn on March 15.

Commenting on the news, IntotheBlock explained the last time that there was such an outflow of ETH from exchanges was in October 2021. The analytics company then reminded followers that after the outflow in October, the price of ETH increased by 15% during the subsequent 10 days. Although interesting, it is important to remember that the two facts may not be necessarily linked.

The latest news coincides with a jump in the number of Ethereum 2.0 Beacon Chain validators, which surpassed 300,000 only two weeks ago. While neither is an indication of future price action, the reduction of ETH exchange reserves does mean that the liquid supply of coins is now the lowest it has been for 3 years.

The CEO of Meta, Mark Zuckerberg, confirmed last week that Instagram was working towards the integration of NFT technology. Announced during a South by Southwest (SXSW) event in Texas, the CEO said that the technology would be utilized in the “near term”.

The idea of adopting NFT technology by Instagram was first introduced by the CEO of the application, Adam Mosseri, in December 2021. The Financial Times then published news that the integration would take the shape of an NFT marketplace where users could buy or sell digital collectibles, however, the source of that information was never disclosed. Since then, no details have been released as to how or when that adoption may take place.

Thanks to the latest statement from Zuckerberg, fans of both NFTs and Instagram can now look forward to utilizing NFTs in coming months.

During a conversation with Shark Tank star, Daymond John, Zuckerberg revealed, “We are working on bringing NFTs to Instagram in the near term. I’m not ready to announce exactly what that’s going to be today, but, over the next several months, the ability to bring some of your NFTs in, and hopefully over time be able to mint things within that environment.”

HSBC joins forces with Sandbox to enter the metaverse

According to a Sandbox blog post, the bank is due to purchase a plot of LAND within the virtual reality world, which is equivalent to owning virtual real estate. From this base, HSBC then plans to engage with sports, esports, and gaming enthusiasts. A PwC report that accompanied news of the collaboration outlined expectations that the metaverse market is expected to grow to a $1.5 trillion industry by 2030.

Within the Sandbox blog post, Suresh Balaji, HSBC’s Chief Marketing Officer for Asia-Pacific provided a brief statement: “The metaverse is how people will experience Web3, the next generation of the Internet — using immersive technologies like augmented reality, virtual reality, and extended reality. At HSBC, we see great potential to create new experiences through emerging platforms, opening up a world of opportunity for our current and future customers and for the communities we serve. Through our partnership with The Sandbox, we are making our foray into the metaverse, allowing us to create innovative brand experiences for new and existing customers.”

The entry of HSBC into the Sandbox comes one month after investment bank, JPMorgan, confirmed plans to open a virtual lounge within the Decentraland metaverse.

All eyes were on the US on Wednesday as the Federal Reserve Market Committee (FOMC)  confirmed whether it would be changing the benchmark interest rate.

As many experts in the traditional and cryptocurrency markets predicted, the Fed Chair, Jerome Powell, confirmed that the Federal Reserve would be increasing the benchmark from near zero to 0.25%. The last time that the US Central Bank increased interest rates was back in December 2018.

Although inflation climbed higher through the majority of 2021, the Federal Reserve has been waiting for a show of strength from the jobs sector before increasing rates. According to Powell, that appropriate job market strength has now been witnessed which means now is the right time to implement change.

In addition to the 0.25% interest rate hike, the FOMC stated that it is expecting to implement a further six rate hikes at each upcoming meeting.

Speaking during the subsequent press conference, Powell said: “The committee is determined to take the measures necessary to restore price stability. The U.S. economy is very strong and well-positioned to handle tighter monetary policy.”

Although increasing interest rates are often viewed negatively for risk-on assets such as equities and cryptocurrencies, the Nasdaq, Dow Jones, S&P 500, and total cryptocurrency market cap, all experienced an increase in price after the change was confirmed.