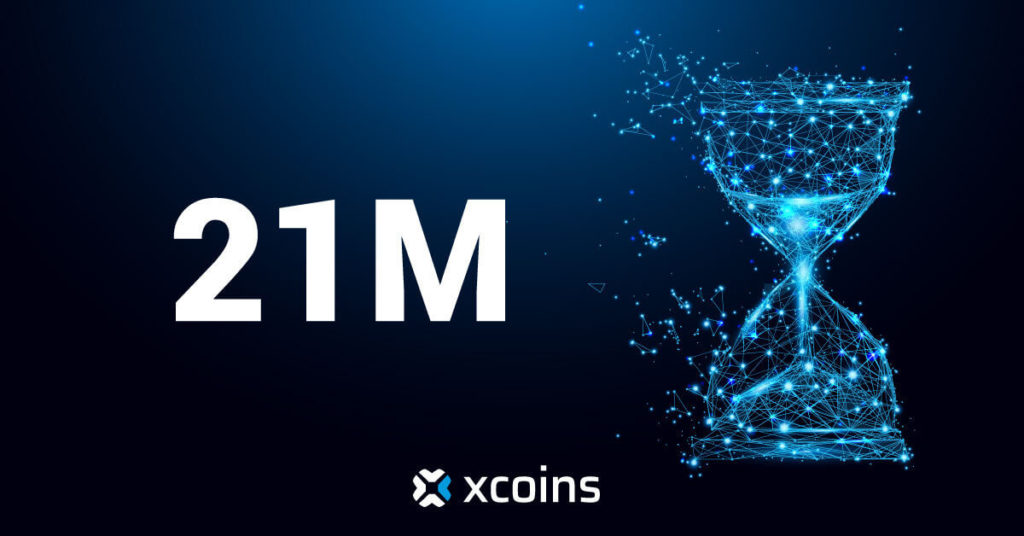 Bitcoin’s finite supply is a pivotal reason why it’s so widely favoured as an investment. Could Bitcoin’s supply ever be increased? The answer to that question is far more complicated than you might think.

Any Bitcoin enthusiast out there will tell you that Bitcoin’s limited supply is one of the primary reasons why it’s a no-brainer investment. However, questions are often raised over whether Bitcoin’s supply limit is actually set in stone and if it could be increased in the future.

We look at whether this is a possibility, why people worry it could have a catastrophic impact on Bitcoin’s value, and why we believe that’s not going to happen.

How is Bitcoin’s supply determined?

In Bitcoin’s case, its hard cap is 21 million coins. This strict limit was put into Bitcoin’s source code by its pseudonymous inventor Satoshi Nakamoto when it was created in 2007.

Currently, to create new Bitcoin, miners from all over the world compete to guess a computation that matches the conditions of the Bitcoin algorithm. It typically takes 10 minutes for a miner to come up with the winning hash and when they do, they are rewarded with Bitcoin.

Nakamoto built a rule into the source code which outlines that after every 210,000 new blocks (which is roughly every four years), the algorithm will reduce the miner’s block reward by half. This is known as Bitcoin halving.

When is the next halving of Bitcoin?

When the cryptocurrency was first launched, the reward was 50 BTC but in May 2020, it was halved for the third time, down to 6.25 BTC. As the halving events continue, with the next expected to happen in 2024, it’s widely believed that the final Bitcoins will be minted in 2140.

Can Bitcoin’s maximum supply be changed?

In theory, yes, in practice, no. For Bitcoin’s maximum supply to be changed, the majority of Bitcoin’s nodes – the computers that support the cryptocurrency’s network by validating and relaying transactions – would need to agree to it and collaborate. For this reason, the answer is broadly believed to be a resounding “no”, given the community’s understanding that the value of Bitcoin is upheld by its limited supply.

The process of changing Bitcoin’s supply

If Bitcoin were to change its most fundamental rule, a hard fork would need to occur, creating an entirely new fork of the blockchain. The process would start with developers proposing the change and writing the code to be implemented. These propositions are followed by a community discussion and if the changes are agreed by the majority of developers, they would then be integrated into Bitcoin Core.

A hard fork requires consensus, meaning that nodes have to adopt the newest version of the software protocol to remain on the upgraded network.

To ensure that the network transitions to the new rules collectively, an activation path would be agreed by the community. During the activation process, miners and nodes have to decide whether to signal support for the proposal. Once a majority is achieved, the change is adopted on the network.

Hard forks are typically radical upgrades because they cause a split in the network. Following the upgrade, there will be a new version and the previous version, which is upheld by any miners and nodes who don’t support the change. This is why there are splinter versions of Bitcoin such as Bitcoin Cash and Bitcoin Gold, which forked away from Bitcoin due to elements of the community wanting to rewrite Bitcoin’s rules.

Bitcoin holders who hold Bitcoin at the time of the fork receive the forked tokens but still get to keep their original tokens. This means they effectively multiply their holdings if both chains continue to be actively used and retain value, as was the case for both Bitcoin and Bitcoin Cash.

Could there be benefits from increasing Bitcoin’s supply?

One could argue that the party that would benefit the most from increasing Bitcoin’s supply is the miners. The bulk of their revenue comes from block rewards, which as mentioned earlier, is currently 6.25 BTC. They also receive all the transaction fees that are paid in that block, it’s estimated that these fees currently only account for 6.5% of a Bitcoin miner’s revenue. That is set to change, however. As bitcoin continues to increase in value and usage continues to increase, the share of miners’ revenue that is made up of transaction fees is set to increase and gradually overtake block rewards as block rewards fall thanks to halvings.

If Bitcoin’s supply remains capped at 21 million, when the circulating supply reaches its maximum, miners will have to rely solely on transaction fees for their revenue. Skeptics have argued that when Bitcoin reaches this point, miners will become dissatisfied with the earnings decrease and seek to change the supply. However, others believe that this would be an act of self-harm, as this would hurt bitcoin’s value. For this reason, it is widely seen as an unlikely path for the community to try to take. In any case, it’s broadly believed that in the event of a split, enough nodes would continue to support the original Bitcoin chain to keep it very much alive and kicking.

This view does have its critics, however. A 2016 study by researchers at Princeton University concluded that transaction fees alone will be an insufficient incentive for miners and could lead to security issues for Bitcoin in the future.

Why Bitcoin’s supply is unlikely to change

A key reason why Bitcoin is considered valuable is its scarcity. The crypto asset has long been likened to gold because of its limited supply. Despite it being created to serve as a currency, its strength as a store of value has now become the nucleus of its value proposition for many.

Although increasing its supply could be beneficial for miners and those that don’t hold Bitcoin, this change would most likely reduce its value by making it less attractive as an investment and store of wealth.

Importantly, even if some of the community did decide to fork Bitcoin to increase the supply, there would still likely be easily enough support to keep the original chain with its capped supply operational.

In a sense, the debate about whether the supply cap could be changed is ultimately a moot question. As anyone holding Bitcoin prior to a fork would be eligible to keep both tokens that resulted, it’s effectively a win-win scenario for Bitcoin holders.

That said, we’re approximately 120 years away from the last bitcoin being minted so there is still plenty of time left for discussion.

The Crypto Crash of 2022: Will Crypto Recover?