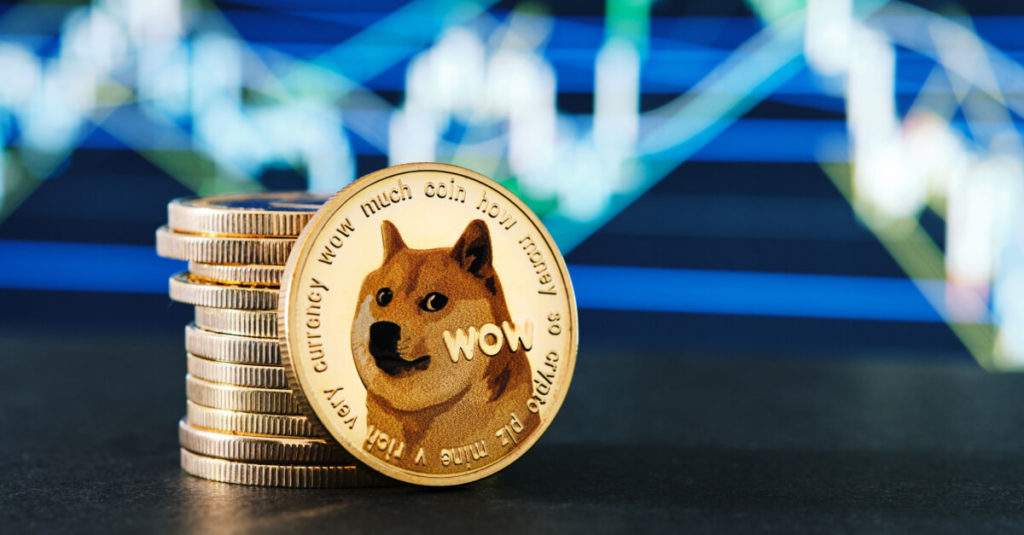 With subdued price movements throughout 2022, Dogecoin roared back into life last week as Elon Musk finally completed his acquisition of Twitter.

As excitement stirred around a potential Twitter/Dogecoin partnership, the price of the meme cryptocurrency increased by over 100% during the week.

As Bitcoin remained stable above $20,000, market participants now look toward this week’s market-moving event; the US FOMC meeting.

After several months of deliberation, the CEO of Tesla and Space X, Elon Musk, formally acquired Twitter last Thursday, with a takeover bid of $44 billion. An acquisition celebrated by many within the crypto space.

Alongside an 8% increase in the share price of Twitter, bullish momentum rolled over into the world’s largest meme cryptocurrency; Dogecoin.

With Dogecoin enthusiast, Musk, now at the helm of Twitter, the hopes of integrations between the social media platform and meme crypto has never been higher.

As a result of expectations, the price of the native coin, DOGE, recorded an increase of 96% for the week and closed at a 10-week high of $0.118.

Upon formally completing the deal, Musk quickly changed his Twitter profile description to “Chief Twit” and tweeted, “the bird is freed.” He then rapidly fired the company’s CEO, Para Agrawal, and CFO, Ned Segal.

Explaining his reasoning for acquiring Twitter, Musk said: “The reason I acquired Twitter is that it is important to the future of civilization to have a common digital town square, where a wide range of beliefs can be debated in a healthy manner, without resorting to violence.”

Many are now hoping that Dogecoin will be integrated into the future developments of the social media platform. Musk is pro-crypto and has been pro-Dogecoin for several years, purchasing a large sum of Bitcoin for Tesla’s balance sheet in 2021 and integrating Dogecoin into aspects of Tesla’s merchandise store.

With regards to Twitter, there is speculation that Musk may utilise Dogecoin as a payment method on the platform or as a method to remove spam bots. In the past, Musk has speculated that bots could be removed by charging a negligible fee to post or comment.

According to the on-chain analysis company, Santiment, as a result of Twitter acquisition excitement, there was a huge rise in Dogecoin trading volume. Over 462 transactions worth over $100,000 occurred in the next 24 hours.

Dogecoin whale transactions spike during the 24 hours after the Twitter acquisition.

Bitcoin reclaims $20,000 as market looks toward next US interest rate decision

As crypto markets navigated the end of Q3 earnings season, Bitcoin rallied above $20,000 for the first time in more than 2 weeks.

After a positive start to the week, the world’s leading cryptocurrency was helped by the release of a US report on Friday that showed the Federal Reserve’s preferred metric for inflation – the Personal Consumption Expenditures (PCE) – rose slower than expected; a positive sign that efforts from the Federal Reserve are beginning to have an effect.

Alongside the expectation of another 75 basis point hike, the market will be watching closely for what the Fed Chair, Jerome Powell, has to say regarding the committee’s plans for its December meeting.

To accompany Bitcoin’s bullish week, on-chain analysis provider, Glassnode, highlighted that the reserves of Bitcoin held on exchanges dropped to multi-year lows throughout October. The percentage of Bitcoin on exchanges is now as low as it was back in January 2018.

Specifically, 123,000 BTC was withdrawn from exchanges in October and placed into non-exchange crypto wallets; a move that, historically, signals that investors are preparing to hold BTC for the near term.

The percentage balance of Bitcoin on all exchanges.

Ethereum to be supported by Google’s Blockchain Node Engine

The parent company of Google, Alphabet Inc, announced plans last week to launch a Blockchain Node Engine that would be hosted on Google’s Cloud.

Encouragingly for ETH holders, the company confirmed that the Ethereum blockchain would be the first blockchain network to be supported by its new service.

According to the company’s news release, Google believes that “self-managed nodes are often difficult to deploy and require constant management.” Therefore, the company wanted to create a service whereby crypto companies can utilise blockchain nodes while minimizing the need for node operation.

It is hoped that by minimizing the need for node operation, companies can focus more on end-users rather than the infrastructure required to integrate with Web3.

Google’s latest service is the last in a long line of efforts to integrate into the cryptocurrency industry. The company has already invested in crypto companies including Fireblocks, Digital Currency Group (DCG), Dapper Labs, and Vultage.