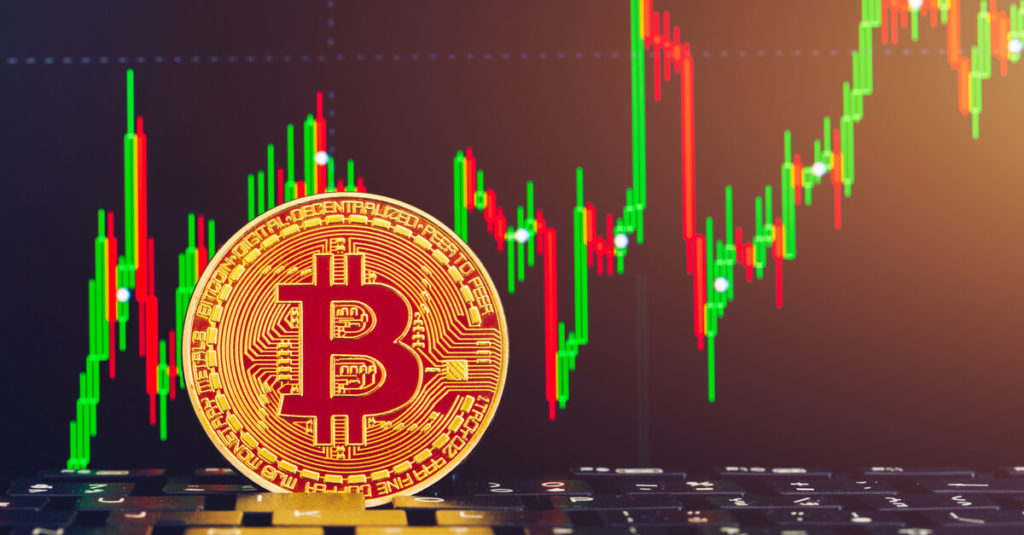 The macro fundamentals of the cryptocurrency industry continued to strengthen last week, even though the markets did not reflect the same bullish optimism.

In an unanticipated move, the Central African Republic followed El Salvador to become the second country in the world to adopt Bitcoin as legal tender.

Alongside the news of growing adoption as legal tender, the largest asset manager in the world, BlackRock, joined the expanding list of firms now offering cryptocurrency-focused ETFs for investors.

Unfortunately, bullish macro events were overshadowed by the upcoming FOMC meeting which is scheduled to take place this week. Read on to find out what experts within the industry are expecting.

Following in the footsteps of El Salvador, the Central African Republic (CAR) announced on Wednesday that Bitcoin would become a form of legal tender within the country.

This makes the CAR the first country in Africa, and only the second country in the world, to allow Bitcoin to be used as the payment method for all debts and taxes.

The law to make Bitcoin legal tender was passed with a majority backing in the country’s parliament. The world’s largest cryptocurrency will now be used in conjunction with the local currency, the Central African CFA Franc – a currency that is pegged to the Euro.

According to a statement given during a brief interview with Reuters, Obed Namsio, the Chief of Staff to President Faustin-Archange Touadera, explained that “the president supports this bill because it will improve the conditions of Central African citizens. The official described the move as “a decisive step toward opening up new opportunities for our country”.

Although the country hosts plentiful reserves of gold and diamonds, the Central African Republic is one of the poorest in the world. As a result, the country is severely underdeveloped and has suffered from rebel violence for many years. Members of parliament hope that the choice to adopt Bitcoin will provide a turning point.

The local currency, the Central African CFA Franc, is shared with six other nations and is governed by the Bank of Central African States (BEAC). According to a BEAC spokesman, “the BEAC learned at the same time as the public of the enactment of a new law on cryptocurrency in Central African Republic.” This has left many local officials wondering how the BEAC will officially respond.

El Salvador, which adopted Bitcoin as legal tender in September 2021, has already implemented a local cryptocurrency wallet called Chivo, is planning a Bitcoin-based city, and most recently released Bitcoin-backed bonds.

The cryptocurrency markets were rattled last week and continued the short-term bear trend that has been in place since late March.

Many experts within the industry speculate that the latest downturn could be linked to the upcoming Federal Open Market Committee (FOMC) meeting, which is set to take place on Wednesday, 4th May.

Analysts from top financial institutions are predicting that the US central bank is likely to implement an aggressive interest rate hike to combat peaking inflation. Although no one can accurately predict the outcome, the consensus among economists is that a 50 basis point (0.5%) hike is highly likely.

James Knightley, the Chief International Economist at ING – a Dutch banking and financial services company – outlined the company’s views regarding the likelihood of interest rate hikes over the remainder of 2022. The economist explained that “for now, our base case remains that the Fed will follow up next week’s 50bp hike with 50bp increases in June and July before switching to 25bp as quantitative tightening gets up to speed. We see the Fed funds rate peaking at 3% in early 2023.”

Due to the near-term threat of rising interest rates, prominent indexes, including the S&P 500, Dow Jones, and Nasdaq, all closed in the red heading into the end of the week. As cryptocurrencies are typically also viewed as risk-on assets, many altcoins witnessed a similar fate over the course of the week.

While Bitcoin also fell, the coin faired best when compared to the Nasdaq and other altcoins. Encouragingly, the leading cryptocurrency fell only 3% and retained a position above $38,000.

The energy consumption required for Bitcoin’s Proof-of-Work consensus mechanism has been hotly contested by people inside and outside the cryptocurrency industry.

In an attempt to reduce the energy consumption of the Bitcoin network, a new initiative was established in early 2022 called “Change the code, not the climate”.

The purpose of the campaign is to encourage a change in Bitcoin’s code to incorporate a more energy-efficient Proof-of-Stake consensus mechanism. A PoS mechanism would require all miners in the network to stake (lock-up) Bitcoins rather than sacrifice computing power to verify transactions and earn BTC rewards.

The initiative was initially created by members of Greenpeace in collaboration with Ripple Labs co-founder Chris Larsen, however, late last week, also received backing from the World Economic Forum (WEF).

In a tweet published on Wednesday, the WEF stated “a change in the way bitcoin is coded could almost eliminate its environmental impact.” The tweet was accompanied by a video that outlined the benefits of a potential update to Bitcoin’s code.

Support from the WEF was met with criticism from the industry. Many experts targeted the WEF’s lack of basic understanding of the ethos and fundamentals that make Bitcoin unique.

Adam Back, the founder of Blockstream, replied to the tweet saying, “the authors of this are really confused about basic fundamentals.” He continued in a subsequent reply “their arguments are economically confused in extremely straightforward and easy-to-understand ways, and so should be scientifically debunked for that reason.”

Michael Saylor, the long-term Bitcoin bull and CEO of MicroStrategy, echoed Back’s response. Saylor replied to the tweet stating “If you remove the energy from anything useful you can almost eliminate its environmental impact. This is most common in fantasy novels and computer games. Real planes, trains, automobiles, homes, food, medicine, machines, and money all benefit from energy. So do real people.”

The world’s largest asset manager, BlackRock, confirmed on Monday that it would be joining the expanding list of asset managers that offer cryptocurrency exposure for its investors.

With a focus on companies that are actively involved in the growing cryptocurrency industry, the blockchain-focused exchange-traded fund (ETF) is called the “Ishares Blockchain and Tech ETF” and trades under the ticker “IBLC”.

According to BlackRock, the “iShares Blockchain and Tech ETF seeks to track the investment results of an index composed of U.S. and non-U.S. companies that are involved in the development, innovation, and utilization of blockchain and crypto technologies.”

Alongside the release of the new fund, BlackRock published a report that detailed just how bullish the company is on the future of the industry. The report details the company’s views on upcoming megatrends and theorizes that the blockchain industry is one of three that is currently undergoing permanent change.

A comment taken from the report states that “we [BlackRock] believe the broader opportunity — leveraging blockchain technology for payments, contracts and consumption broadly — has not yet been priced in.”

At the close of markets on Friday the new BlackRock ETF had amassed over $4.5 million worth of investment.

23-May-2022
Central Bank Representatives From 44 Countries Meet in Pro-Bitcoin El Salvador
17-May-2022
Can You Buy Bitcoin Without Verification?
16-May-2022
Germany Introduces Tax-Free Crypto Sales as Markets Recover from Luna Chaos
13-May-2022
Bitcoin Cash vs Bitcoin: Is Bitcoin Cash a Good Investment?
12-May-2022
Crypto: Should You Buy the Dip in 2022?
09-May-2022
Bitcoin Blockchain Passes Key Halving Milestone
06-May-2022
Bullish vs Bearish Markets: When to Buy and Sell Cryptocurrencies
04-May-2022
What Is Litecoin and Should You Buy It?
29-April-2022
All You Need to Know About Ethereum in 2022
Load More